5 Ways to Have More Fun at Work (and Life)

If you'd ever struggled to find happiness or purpose in your life, you might have asked yourself: "what would I do if I never had to worry about money again?" or "what makes me happiest?"  (Did you win PowerBall?)

The problem with such thoughts experiments is that they tell you nothing new.

You only know what you like or dislike by trying it out.  And unless you tried cocaine, you just don't know what it's like (I never tried it).  As you experience new sensations and pick up new ideas, you have both the experiential and mental assets to imagine new possibilities.

There is a time for everything, and a season for every activity under the heavens.

And if you want to know what matters most to you, then there's no time like today to DO.  And rather than get bogged down with weighty topics like meaning of life or finding happiness, why not start with some practical ways to have more fun tomorrow at work?

I know that this doesn't come naturally to everyone.  But, it is deceptively simple and deeply powerful.  Marie Kondo's "The Life-Changing Magic of Tidying Up" is an international phenomenon.  I naturally like to fold clothes and tidy up my surroundings.  I know people who don't.  What I see is that the physical surrounding has a mental and spiritual impact. 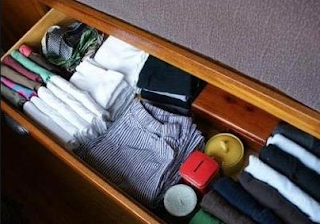 Something as trivial as messy dishes lying around or clothes on the floor affect your mental state.  Does it say you are above appearances?  Does it say that it's okay to let things slide, that you are indifferent?  I don't know.

But, I do know that the very act of cleaning or organizing can be mentally soothing, and help you be happier.  Before you can flow, you have to remove the clutter.

You often experience unhappiness at work, because something is out of your control.  An example could be the pointy-haired boss telling you to do something in a way that feels stupid to you.  Except you can't say so without getting fired.

It's true.  I know you're smarter than your boss.  But sadly, you're not the boss.  So, you feel frustrated.  How can you gain more control over this twisted situation?

Well, in today's collaborative world, the only way you can do this is to teach.  Do you think a process is "stupid" and you could do it better?  Okay, show me.  Then, teach others.  Teach your colleagues.  Teach your managers.  Teach the masses by writing about it.

Teaching creates opportunities for conversations.  Teaching is teamwork.  Teaching is a tool to gain control over the problem.  It takes time, but you'll learn and grow in the process.  Teaching relieves the pressure, and will help you have more fun.

You're not having fun, because you're holding a grudge.  You still remember that time she slighted you with her criticism, when she crapped all over your report.  Or when your manager passed you over for a promotion, you took it personally.

Get over it, you're not that special.  They probably do the same to others.  And they probably did it out of habit and knew no better.  It wasn't because they hate you.  Everyone is just trying their best.  Smile and help people do better instead of holding a grudge.  Water under the bridge, as they say.

I remember, one time, one of my coworkers always seemed to contradict everything I said in meetings.  It felt blatant.  It felt personal.  It made me upset to the point of nausea.  I would avoid her in the hallways.  Everytime I had to talk to her, my blood would boil and I dreamed about the day I would become CEO and fire her.  Then, one day, I decided maybe I should listen to her.  Maybe I should smile and ask her why she thinks my ideas are bad.  She's human.  I'm human.

Forgive others, and take a deep breath, and go about your day.  And you'll have more fun.

And forgive yourself.  We are all learning.  No child is born who can add and subtract straight out of the womb.  There's no child who never falls and cries.  Just like that, we all make mistakes.  Making mistakes is just part of who we are.  So, for those times that you have hurt others or hurt yourself, forgive yourself.  Then, you won't feel so bad about laughing at jokes.  Heck, maybe you'll start making jokes yourself!

Seriously.  Work more, not less.  More is more.  You're not having fun at work, because it's hard.  Work would be more fun if you were better at it.  You would go into a flow.  And it's awesome.

When I was young, I played the violin.  It was a drudge practicing those scales and stretching my fingers up and down a small wooden fingerboard.  Plus, it wasn't really cool. But, once I got good, it became fun to see what kinds of sounds I could produce, or how smooth a tone I could draw out of the instrument.

In high school, I swam.  At first, I drank a lot of the pool water.  I competed in swim meets and would finish dead last at every single time.  It was no fun.  That summer, I resolved that I would practice inordinately until I became fast.  I learned proper strokes from swim coaches, swam with faster people on a swim team, and then hit the pool on my own.  I would swim every day for miles.  I would pay attention to my arm and feet movement in the water, and perfected the feel for the flow.

I became one with the water.

The following summer, I dominated my regional league in most of the events.  The high school coach wanted me very badly on her team.  Everyone on the team knew of me.  I was a celebrity.  Sort of.

It's harder to get good in intellectual pursuits, because you have less tangible feedback loops.  You can race and see how fast your time is.  You can't do that when you're working on a board presentation or working on a spreadsheet model.  It's hard to know how good you are at giving advice to a junior banker or to startup founders.  Still, you get the idea.  The more you are doing your chosen work with attention to what you're doing, the better you're going to be at your work.

At first it might suck, but eventually, it'll help you have a lot more fun and gratification.

Sometimes, I literally play a game of ping pong with colleagues at work.  I'm lucky; we have a ping pong table, and the company doesn't mind.  We have a good culture; as I said, I'm lucky.

But, I see others take a quick break to walk about the grounds before returning to work.  In my previous work, I would go join a yoga class during lunch.

It doesn't matter.  The point is, if you're not having fun, you can literally take a moment to do something that actually is fun.  You could even drive to daycare and see your son or daughter play with other kids for 30 minutes.

Sometimes, you want to do this even if you are enjoying your work.  Changing the physical context helps your brain juices flow and helps you generate new ideas.  You'll have even more fun in your day job.  This is why you feel so refreshed after going away on a vacation.  You've changed contexts and stimulated your mind (read more about the power of context).

Really?  If you're miserable, why don't you change something about it?  I know the money might be good.  I know the company culture may not support going home before midnight.  I know.  I get it.  But, really.  Why can't you go home? 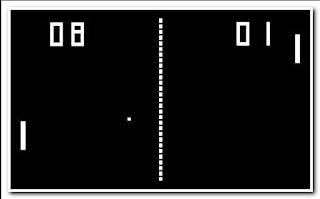 Enough for now.  I need to go crush Joe in a game of ping pong.  Then, I'm going home.

Udemy (Learn and Be Better)